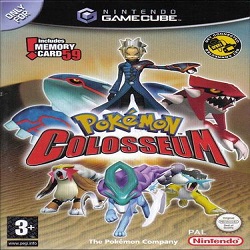 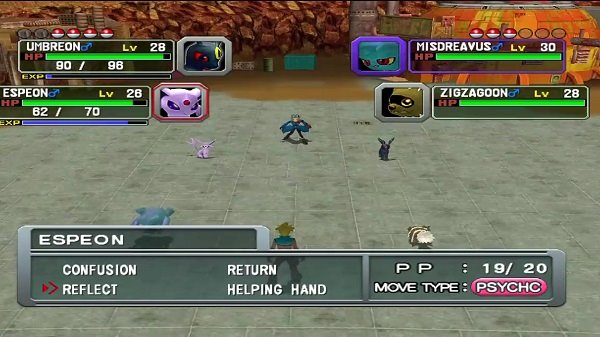 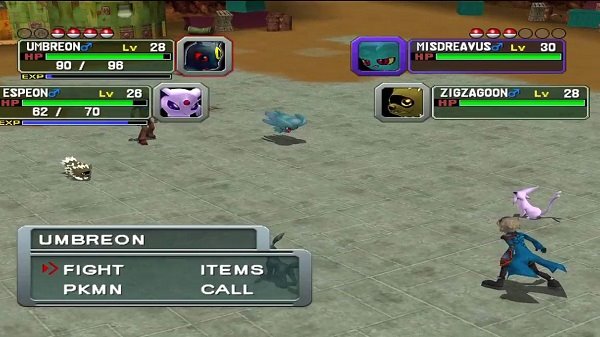 Pokemon - Colosseum ROM takes on a deviant storyline uncommon in most of its predecessors. It takes you to a desert town lacking in wild Pokemon and introduces you to your character, Wes. He is a former member of Team Snagem who seeks to defeat them and their partner organization Team Cipher.

This 3D RPG takes you through Orre, the region where this story is set. Wes travels the region on a one-wheeled bike, completing missions and battling enemy Trainers. Battles are played over a turn-based interface between the player, his enemies, and their Pokemon.

There are numerous features in Pokemon - Colosseum ROM & ISO, such as the Quick Battle mode and the Colosseum Battle that reward players with Poke Coupons. An in-game currency, the Pokemon Dollars, is used to reward players for completing quests. You can use the currency to buy items at the Pokemon mart.

These items should help Wes complete his goal of ensuring that the region’s Mayor Es Cade who is also the secret head of Cipher, and Nascour, are punished for their sins. Pokemon - Colosseum ROM is free to download and play on the Dolphin emulator on PC, Android, Mac and iPhone (iOS) devices.