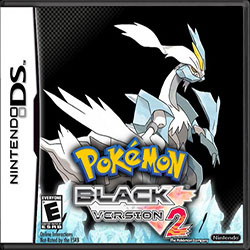 A role-playing video game called Pokemon - Black 2 ROM was launched in 2012 and is regarded by many enthusiasts as the best Pokemon game ever made. It was created by Game Freak and released on the Nintendo DS through a partnership between The Pokemon Company and Nintendo.

The events two years after Pokemon Black and White are essential to the plot of the second Pokemon Black game. As Pokemon trainers, the players go on a quest to compete to win the title of Pokemon Champion of Unova.

Along the way, they come across the infamous Team Plasma, now known as Neo Team Plasma, and engage in combat to foil their goals to rule the world and seize other people's Pokemon.

In addition to completing this main goal, the player can continue on his quest, face off against more foes, and conquer castles and towers. West of the Unova region, new areas are the focus of the gameplay. This setting holds several brand-new, uncommon Pokemon, boosting the total number of Pokemon in this game edition to over 300, which is a very appealing aspect for fans and gamers.

Pokemon – Black 2 ROM is now available to download on NDS and Android.