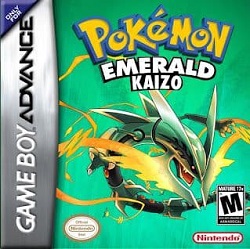 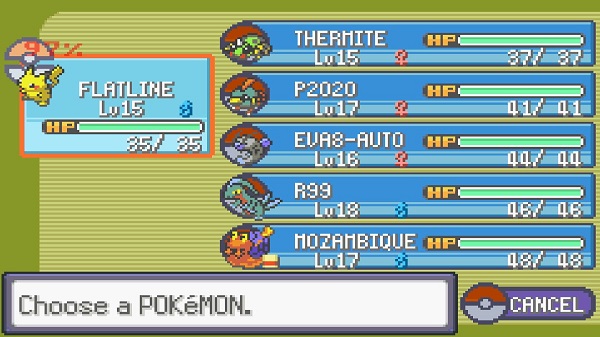 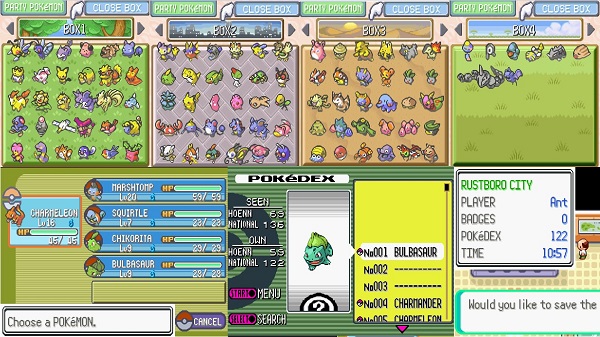 Step into the Hoenn region and face some of the most intense battles that formed the zeitgeist of the GBA era. Pokemon Emerald - Kaizo ROM game for GBA is a level 11 difficulty game. This means that everything including the trainers, layouts, gym leaders and wild pokemon have been tweaked to make them a lot more difficult than the original Pokemon Emerald game.

The games difficulty itself is Pokemon Stadium and Firered Omega-inspired. But beyond that, it does all it can to chart a path of its own. The game features postgame material and legendary pokemon events. Your responsibility, as is the norm with most pokemon games is to battle gym leaders to become the pokemon champion. It presents an opportunity to capture up to 386 pokemon.

Sadly you may catch them all. It is impossible to emphasize the difficulty of Pokemon Emerald - Kaizo ROM. The game has zero tolerance for misplays, misclicks, or mistakes of any sort and the hardness progresses the further along you go.

Download and play Pokemon Emerald - Kaizo ROM game for GBA on your Android, PC and Mac with an emulator.

Pokemon - Unbound
View more
We use cookies to ensure that we give you the best experience on our website. Ok
×