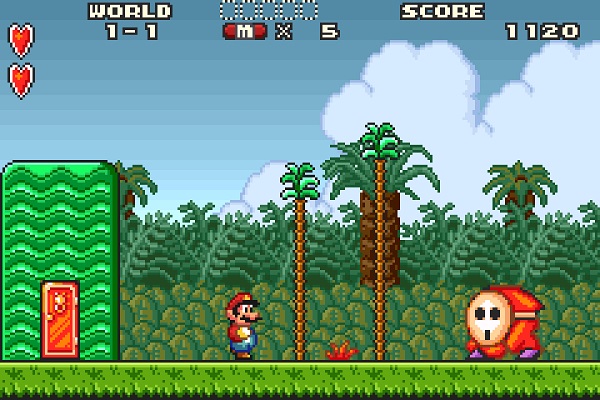 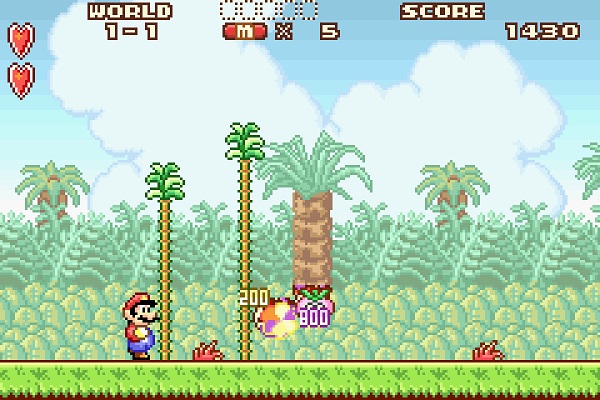 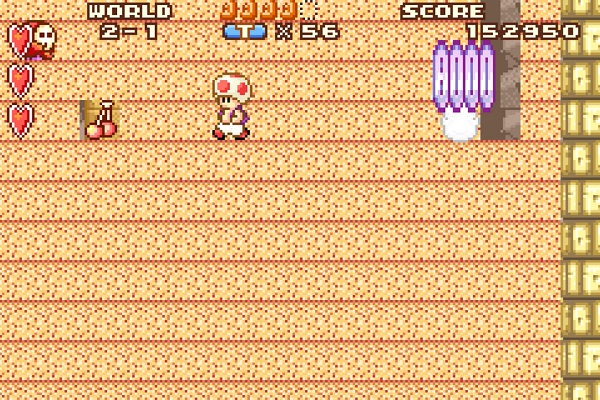 Mario’s journey in Super Mario Advance ROM for GBA starts with a dream in which he is led to Subcon, the land of dreams. He is informed that the land is under a curse by Wart and told to defeat the wizard to free Subcon. Before Mario awakes, he is given a little tip; Wart hates vegetables.

A while later, while out with friends, Mario enters a cave that resembles the land he saw in his dreams. Instantly, his journey to rescue Subcon from Wart’s talons begins. Super Mario Advance ROM for GBA is a thorough remake of Super Mario Bros 2. It features major changes to the gameplay mechanics, sound, characters, graphics, and style. Bosses are replaced, such as Birdo for Mouser in the third world.

Help Mario save Subcon, the land where dreams are made from Wart’s spell in Super Mario Advance ROM, now free to download and play on your emulator.

Fire Emblem
View more
We use cookies to ensure that we give you the best experience on our website. Ok
×