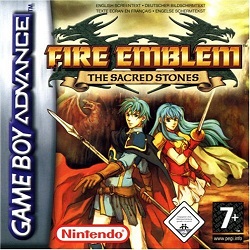 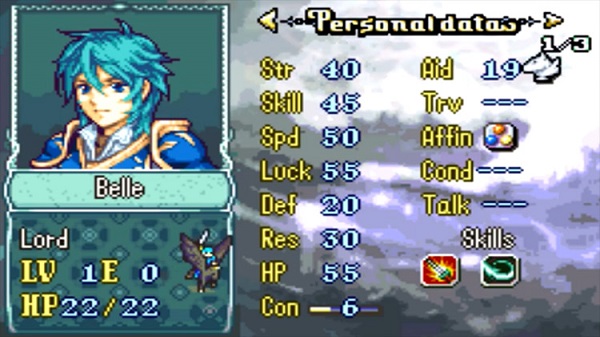 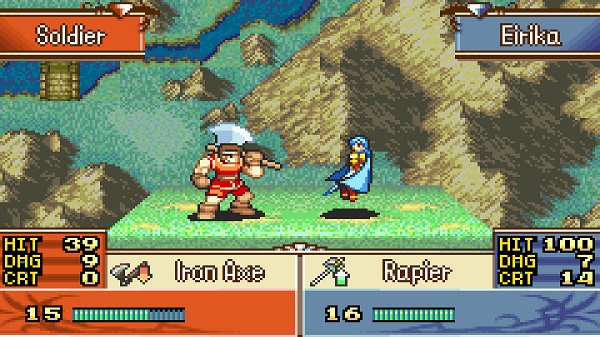 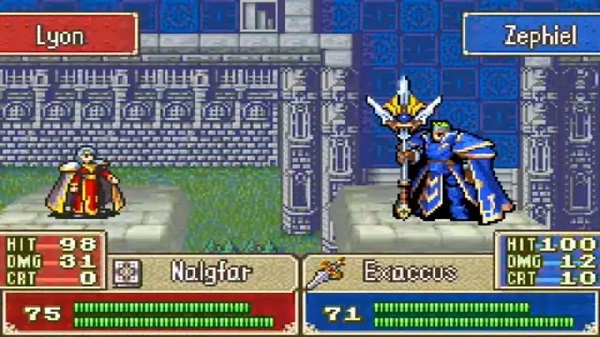 Take a trip to Magvel in Fire Emblem - The Sacred Stones ROM for GBA. This continent comprises five nations. Each of them holds a magic stone rumored to be responsible for keeping a powerful demon in captivity. Grado, one of the five countries, has embarked on a mission to destroy the stones by defeating other Magvel nations.

Your objective in Fire Emblem - The Sacred Stones ROM game for GBA is to control protagonists Ephraim and Erika. Help them uncover the reasons behind Grado’s invasion and stop it. To achieve this, you will engage in separate campaigns forging alliances and engaging in tactical moves to help subdue enemy units.

Stop the Demon Formotiis from unleashing the undead on the continent of Magvel, defeat Prince Lyon of the Grado kingdom and destroy the Demon King in Fire Emblem - The Sacred Stones ROM for GBA. Download and play with your preferred emulator.