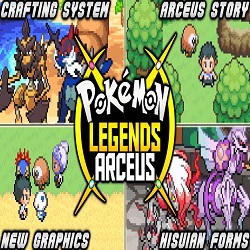 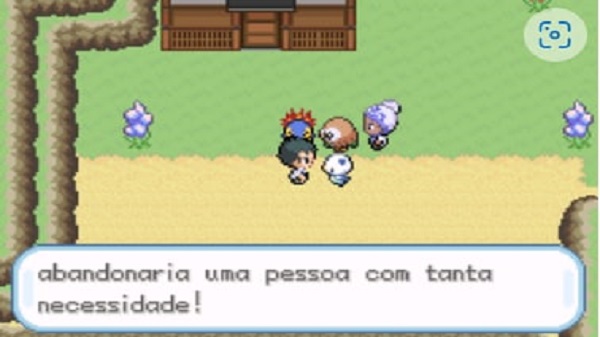 Tweaked to increase difficulty, Pokemon Legends Arceus ROM & ISO is a hack of Pokemon FireRed by Team Altaria Basculegion Production. The game retains most of the Pokemon FireRed storyline featuring turn-based battles and allows you to control the player's character overhead.

Players still encounter Professor Oak, battle gym leaders, the Elite Four, and challenge for the champion. However, there are variants. Instead of the fictional region of Kanto, Pokemon Legends Arceus ROM GBA is set in Hisui, a new region with much-improved graphics. You also have new Starter Pokemons, a new crafting system, and Hisuian Forms.

These changes do not adversely affect the gameplay. In fact, for a hacked game, it is quite impressive. Battle scenes are more intense, and players can choose their preferred Pokemon move. Characters also react to hits. Unfortunately, the game is currently in Spanish and is yet to undergo a translation into English.

Pokemon Legends Arceus ROM is available for download on your favorite emulator.